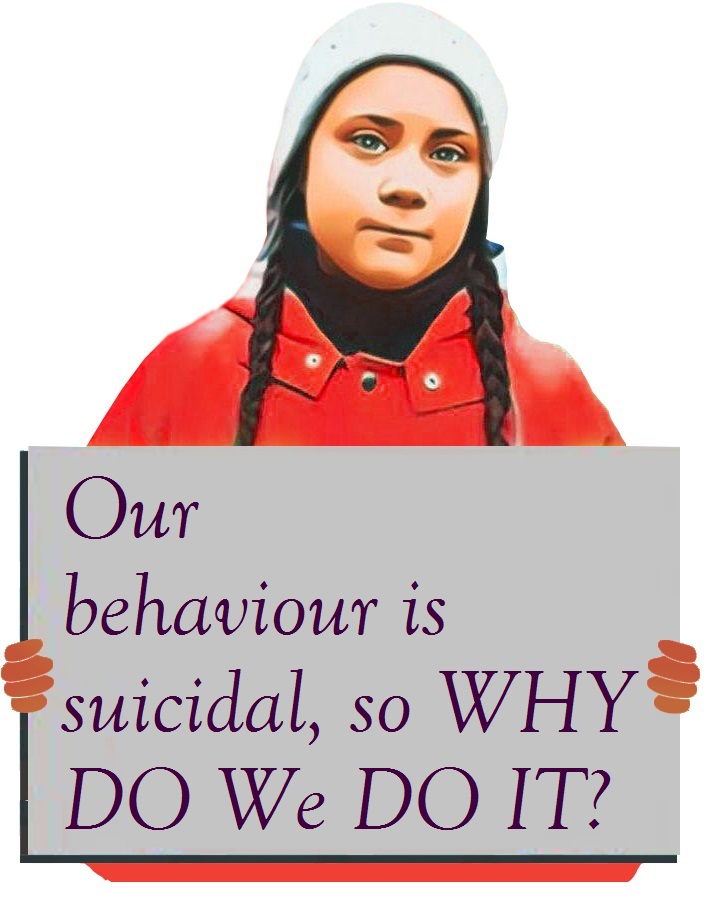 Why do we humans behave so that we are likely to “Destroy the Planet” as a place where people can live in peace and have good lives? Why do a small number of people have lives of plenty, some gross over-indulgence – whilst a majority live in conditions of near starvation?

I will try to explore “Why We Do It” as clearly as I can, but it may get a bit complicated. At the end of this website, there will be some questions and challenges which you might discuss with your friends – and your teachers, parents and other “adults”.

In this section we will explore human psychology and behaviour and what lies behind our actions (or in-actions).

When the Bad people interact with the GOOD majority, we can end up with a sort of “Pretend” state in which we believe that good things are happening, whilst behind it all, hidden from view, not much is changing at all.

I will give you an example:

Many big oil and gas corporations, banks and others pretend that they are dedicated to reducing their carbon emissions – but hidden from view are involved in producing Massive amounts of throw-away plastics. Just 20 organisations are supporting the production of more the half the plastics in the world. Think: ExxonMobil, an oil company, is dedicated to reducing carbon emissions BUT produces just under SIX Million tons of plastics

From their annual report 2020: “ExxonMobil said today it plans further reductions in greenhouse gas emissions over the next five years to support the goals of the Paris Agreement and anticipates meeting year-end 2020 reductions.

So let’s go forward with good intent – but retain a healthy scepticism about what we are told by companies, advertisers, politicians, media and people on the make…..

I hope you find these cartoons interesting. They may help you understand a bit more about

Crises of Capitalism by David Harvey

Smile or Die (The cruelties of positive psychology) by Barbara Ehrenreich

Choice (is a two-edged weapon)

The Empathic Civilisation (If we don’t collaborate and be generous towards others, the human race is in danger)

What proportion of climate change commitments made by governments around the world will be met? 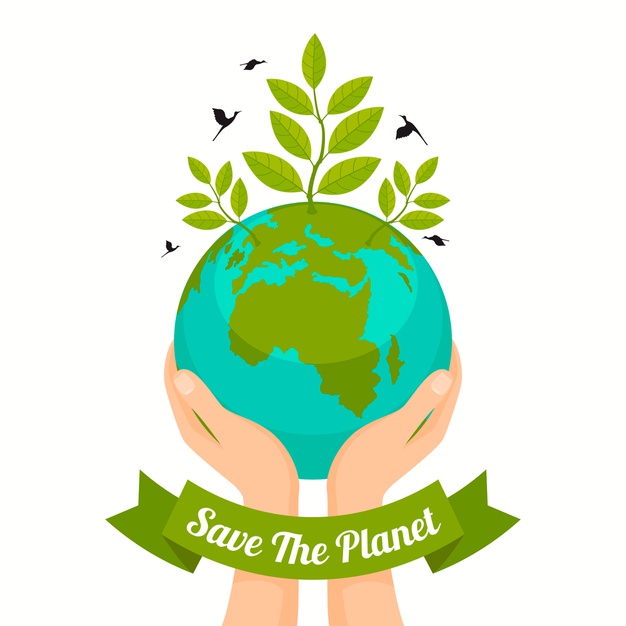 Between a Quarter and a half of them”!!

Elsewhere on this website, we have seen how global warming and wars have terrible effects on the health of the Planet and everything on it.

Now it is of crucial importance to understand the Human behaviour that causes Global Warming.

To do this, we can start with a person, who we can call ME

(I have portrayed ME as a man or woman)

ME will have a lot of Needs;

For some people, their social needs are met by friends and a community of some sort. And many people also have strong feelings of attachment to a larger community, like a faith group, country or even region. Many people can be influenced by a confusing range of Wants and Needs:

These come from early experience, family and social groups, education and cause feelings of right and wrong, and sometimes confusion about the differences between the two.

As this seems quite simple, let’s complicate matters by the fact that there more than SEVEN BILLION ME’s on the Planet, all with wants and needs.

Most people gain much satisfaction from their relationships and the ability to clothe and feed themselves and their families.

But a very large number live in poverty, and/ or are beset by wars and famine, without the ability to have any influence on what happens to them. A growing number of people in rich countries are also struggling with poverty and being excluded from the good lives of the majority

Then, at the fringes of Society a small number of people have a need to control the world around them – at its extreme, these people are called Psychopaths. Some of these become very dangerous to the health of the planet if they get into positions of political power.

Others have driving needs to become rich, to possess a huge number of artefacts to demonstrate their wealth to others.

But the majority of people prefer to feel that that they are part of a community – which we can call US – and gain great satisfaction from helping and being good to others.

Over the centuries, small human activities grew into industries and huge factories, producing goods of all kinds. Rapidly growing populations also started to consume more and more of the earth’s resources – metals, oil, coal and efficient production of burgeoning amounts of food – meats, grains. And great advances in transportation enabled trade in industrial goods to be shadowed by huge increases in the movement agricultural foodstuffs.

After the Second World War, huge industries created to serve war needs drove a need to consume their products. New and different industries grew on the back of producers – aimed at persuading people (at first in rich countries) that they Needed more and more goods and possessions:

AND SO: Vast numbers of people consumed huge quantities of the earth’s resources, to the point that the planet was being depleted and the poison created by consumption of the oil, gas and coal used to power industry and the huge towns and cities used to house population growth. Efficient Intensive agriculture has enabled the greater part of the human race to avoid starvation.   NOW…….Industrialisation and Intensive agriculture have clearly become part of the pressures that threaten the health of the Planet.

Some of these industrial organisations have grown so big and powerful that they can control the leaders of whole countries to do their bidding.

They often use hundreds of specialists to Lobby politicians and others, using monetary and temptations of many kinds

These organisations can also be described as Psychopathic – in that their leaders and those that influence them are driven to meet their own needs regardless of the wider society they purport to serve.

Often these Psychopathic organisations form unholy alliances with Political leaders who are mainly driven to satisfy their own needs regardless of the ”public” good. Thus: These unholy alliances are some of the underlying causes of the forces that are destroying the Planet.

A person having an egocentric and antisocial personality marked by a lack of remorse for one’s actions, an absence of empathy for others, (and at the extremes criminal tendencies)

Several world leaders can be described as having Psychopathic tendencies. This means that they have an overriding need to control others, to damage those who stand in their way, and have little regard for what happens to others as a result of their actions. In many cases, they deny that Climate Change is destroying the Planet, the scientific evidence of climate change is dismissed as “only the views of scientists”.

A few of such dangerous people can be found in the Picture Gallery attached to linked website “Having Their Cake”.

Let’s return to the beginning…….

Now back to ME/US

What about ME? And US? Why don’t WE do more to save the Planet??

More and more people are becoming very concerned, and are trying to change their lifestyles to become more eco-friendly. But there are huge barriers to acting in time and forcefully enough to avert disaster.

Firstly, international bodies like the United Nations keep meeting and issuing Bulletins that sound great, but do not lead to action…..

But for many people one very important reason is:

Here is another range of Reasons (Sometimes Excuses)

“It’s all I can do to survive each day, wars and starvation are bigger threats.” Tragic but entirely understandable reason.

But Apart from the last Reason; It’s really up to US –

A Bit of History: A Man who foretold the future, but more than 200 years too early.

Thomas Malthus was an 18th-century British philosopher and economist noted for the Malthusian growth model, an exponential formula used to project population growth. The theory states that food production will not be able to keep up with growth in the human population, resulting in disease, famine, war, and calamity.

His Theories proved to be inaccurate at the time, and were overtaken by the Agricultural Revolution and the invention of intensive agriculture, which enabled massively growing populations caused by the Industrial Revolution to be fed

But now, it seems that Malthus was right, only 300 or so years too early!!!

Category: Why do we do it?

← Wars and Arms Manufacturing
What can be done →