What can be done 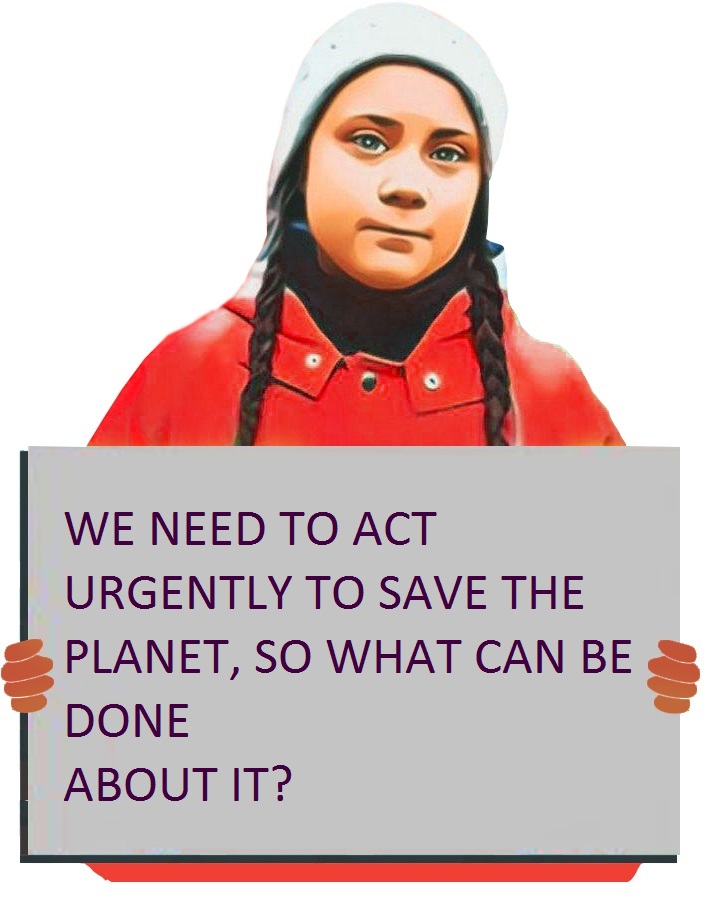 “I’m putting a lot of my introduction in capital letters and underlining some because I feel so strongly about it. And maybe some people will listen.” If they don’t “HOW DARE THEY”…..

THE RICH GET RICHER

THE POOR GET POORER

To Start, some relevant poetry:

The world is too much with us; late and soon,
Getting and spending, we lay waste our powers;—
Little we see in Nature that is ours;
We have given our hearts away, a sordid boon!
This Sea that bares her bosom to the moon;
The winds that will be howling at all hours,
And are up-gathered now like sleeping flowers;
For this, for everything, we are out of tune;
It moves us not.

Awareness About Our Environment,  By Sylvia Stults

Broken bottles and charred pieces of glass,
Wadded up newspapers tossed on the grass,
Pouring of concrete and tearing out trees.
This is the environment that surrounds me?

Poisons and insecticides sprayed on our food,
Oceans filling with thick oil crude.
All sea life destined to a slow, awful doom.
These are the things we are to consume?

Mills pumping out iron, expelling yellow fumes,
Airlines emitting caustic gases from fuels,
Weapons of destruction tested at desolate sites.
And this is the air that’s to sustain life?

There has to be something that someone can do,
Like raise the awareness to those around you
That if we don’t heed the problem at hand
It’s your life that’s at stake, the destruction of man.

Global Warming – What can be done about it?

This website has its origins in “Having Their Cake”, which has a different style, being concerned to explore issues affecting human society in considerable length and depth.

A link to this site for those who are interested in reading in more depth is: www.havingtheircake.com

Well worth looking through are:

“Climate Change is Real” and “The Planet under Stress; we live in interesting times”

Most advice aimed at individuals seems to concentrate on advice that is fine for relatively wealthy middle-classes: people with cars, houses and a large domestic budget……BUT : What about the super-rich and the poor and needy??

The richest one percent of the world’s population are responsible for more than twice as much carbon pollution as the 3.1 billion people who made up the poorest half of humanity during a critical 25-year period of unprecedented emissions growth.  Annual emissions grew by 60 percent between 1990 and 2015.

So, put simply, the rich part of society created most global warming, the poorer parts of humanity, which includes many younger people, suffered from it!

Here are some underlying factors that will need to be addressed:

Under the leadership of President Ronald Reagan and Premier Margaret Thatcher, Britain and America embarked on a long experiment to use the Free Market run the economy and for government to be shoved to the background. To some, this seemed like a new paradise, but progressively beneath the surface, a number  of sinister trends emerged:

Thus Britain and the United States, the two countries which have severely diminished abilities to tackle the Coronavirus pandemic and climate change are also two of the countries most afflicted by Free Market dogma.

He believed that if he supported the banking and finance industries, then the growing taxation take would enable him to spend more on social services, education and health. Alas, the feral nature of banking meant that the sector grew stronger and stronger, eventually leading to the global financial crash of 2007/8, the fall of his government – and a programme of “Austerity” under the following right wing- government which destroyed everything that Brown held dear!!

The Free Market is failing. Governments are Crucial if we are to defeat Global Warming!!

What should governments DO?

The Coronavirus Pandemic has had the most devastating effects in those rich societies that depleted the capacity of government to lead a national response and co-ordinate actions to protect the population. Thus the United States has been almost overwhelmed and Britain is not far behind. It is not by chance that they have been led by free market ideologies.

The Coronavirus has taught many in Democracies about the ability of governments to act to protect the population. In America, a sort of Democracy, probably overridden by the free market, it seems impossible to induce many in the population to even wear a face mask, to protect themselves and others from airborne viruses.

Things that need to be done to make a start

The Most Important and Most Challenging Task of All….

Destroy the Growth Obsession. The world has been in the grip of a deeply held obsession for several centuries – that Economic Growth is an overriding Aim of mankind.

In the 21st Century, this obsession is having a wide range of evil effects:

The combination of obsessions with growth and letting the rich and powerful free of constraint has actually had the reverse effect of “trickle down”. In fact; it has created whole communities of deprivation in rich countries such as the UK and USA, as has been seen in the recent US Presidential election.

Growth and “Trickle Down” will have to be replaced by “Living within the Planet’s Means” and radical rebalancing of economic wealth within developed countries and across the World. This is the huge challenge facing mankind if we are to steer away from Destroying the Planet and many of its lifeforms, including humans.

LAST WORDS to Younger People who hold the future in their Hands…..

“There is good evidence to show that many, many young people are suffering from the Covid Pandemic and all the bad side effects on education, social life and employment. Many younger people want to see a different sort of society emerge from the Pandemic. With more caring for friends,neighbours, poorer people, and those who are suffering from social exclusion. Connected to this is a growing disgust with fast fashion, big money, greed and ruthless competition to “Win”. We must make our voices and values heard across the world. This is absolutely important, because endless growth and a lack of care for the natural environment will end up creating a world which is disgusting to live in and will “Destroy the Planet”.”

“Helga”, a friend of Greta

← Why Do We Do It?
Helga’s Introduction →